On July 12th the sea mammal hunters harvested the first gray whale according to the goverment limitations for 2011. The hunt became at last possible because the Tkachen Bay and the Senyavin Strait freed of ice. Our inspectors report that almost all villages had their first whale. While Lorino village is the one which had 9 gray whales already, though one of them was with “drug smell.” The park’s northern most site Enurmino is closed with ice and its hunters still can not hunt large sea mammals. 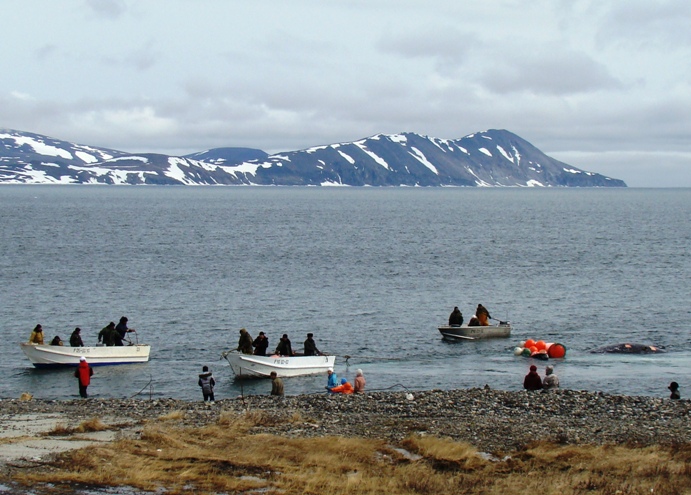 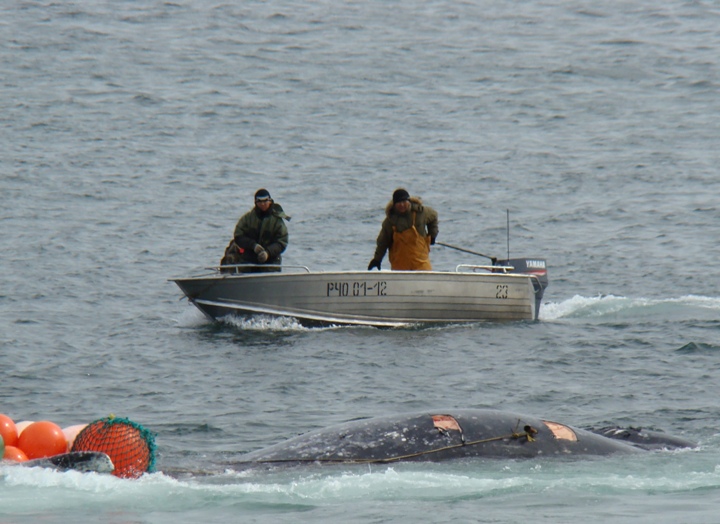 This is the first whale of Novoe Chaplino.Photo by N. Kalyuzhina 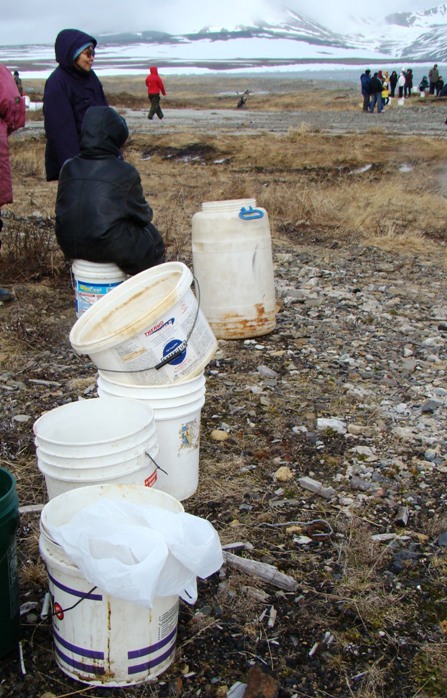